We caught Femi Kuti in the park after a downpour that perhaps scared most people off. And perhaps it's a curse to be born in the image of the legendary Fela, one of the greatest musicians to grace our planet. Sure, he's been blessed with a big foot in the door, but they're big shoes to fill, and Femi fills them well, despite such expectations and modern pressures. Like his father, he could live in any city in the world but remains in Lagos, Nigeria keeping the torch burning at The Shrine. He even commented about how everyone in Africa wants to move to the U.S., but he asked us, "why would I want to move here?" Good question.

The last time we saw Femi was at the Apollo a few years ago, which sounded tighter than this time, perhaps because it was indoor and the sound is better there. But Femi still has father's mojo, and some of his own to boot, along with a good band and backup singer/dancers that sure can shake it. The show was extra special for Jess, who is going to Nigeria next week, and spent a frustrating day at the Nigerian consulate trying to get her visa, so it was all too fitting for her. Here's some pictures and video clips I captured from the show. 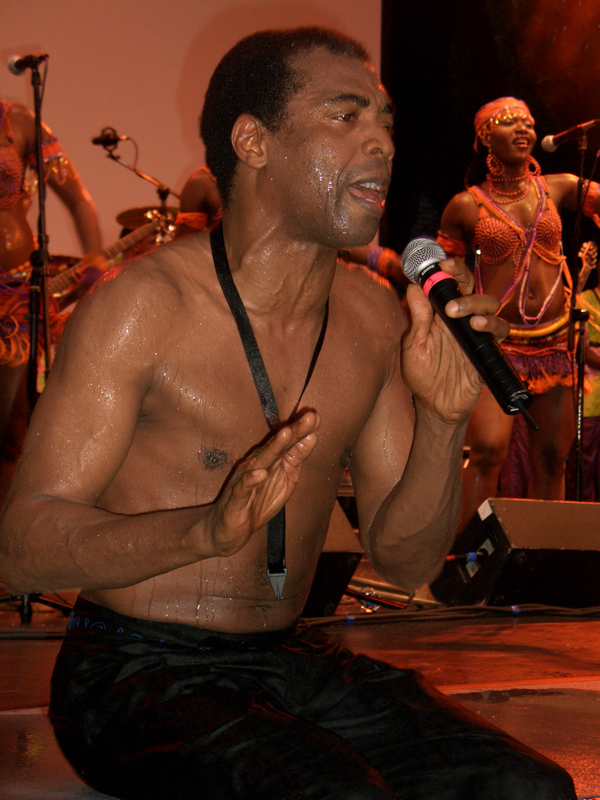 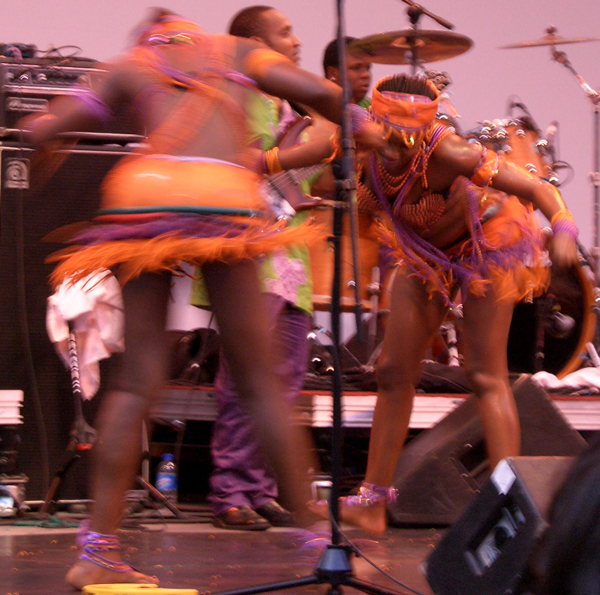 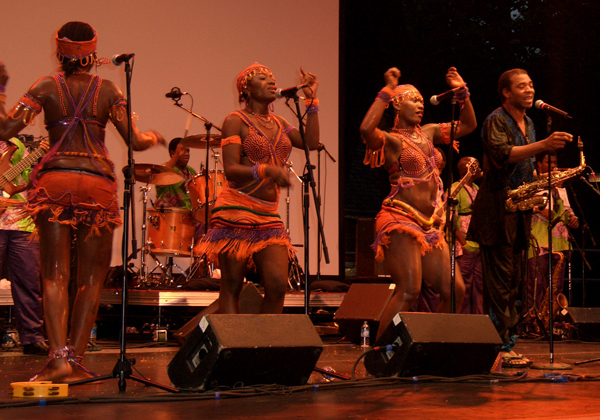 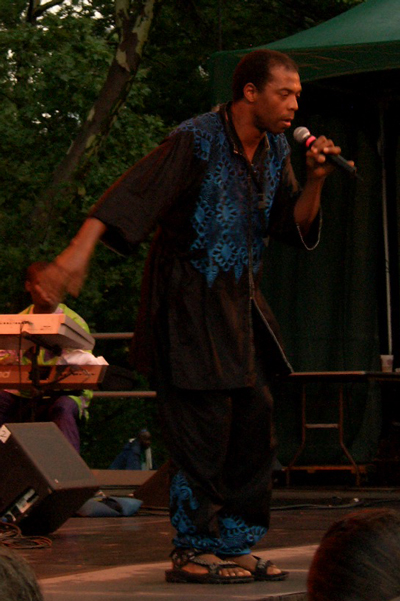 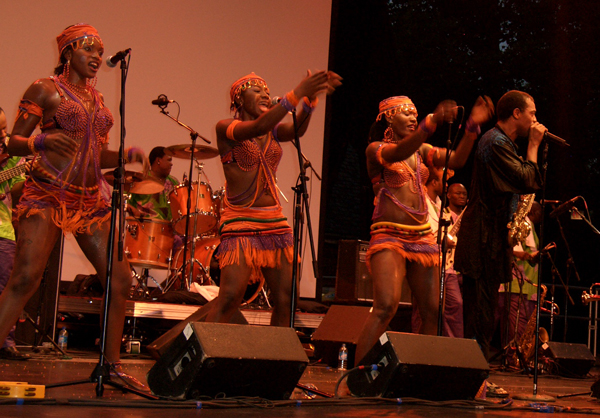 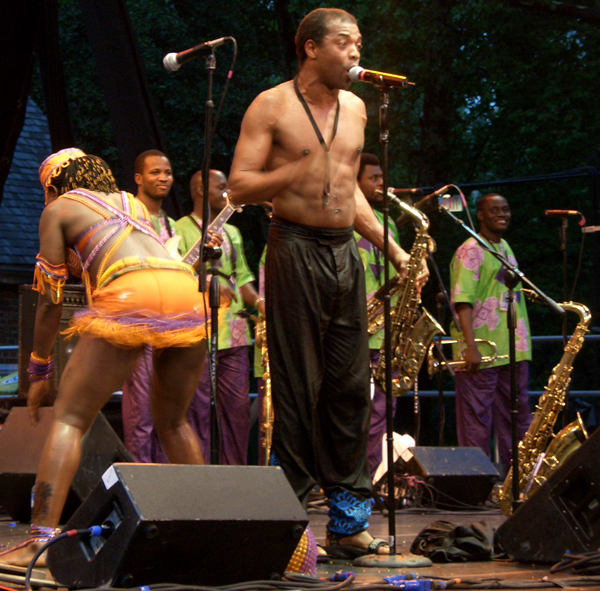 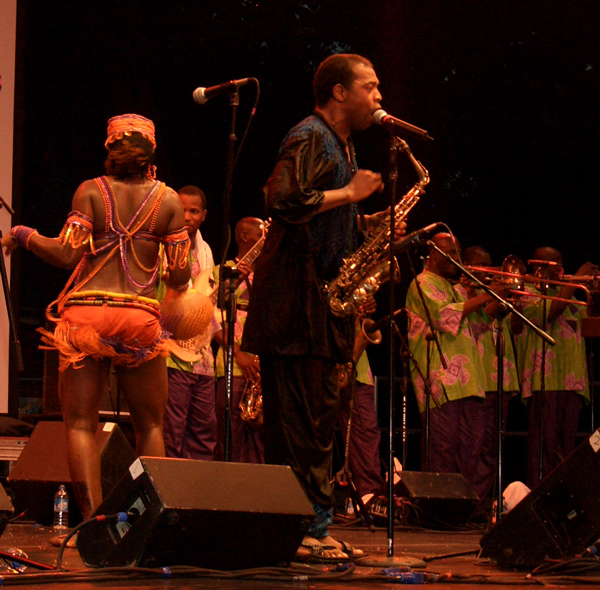