This is the account of Je, Ja, Ha and I going to Delaware and Atlantic City this past weekend. All the "quotes in burgundy" were liberally taken from Tabloid City by Thomas Wooten (available from Triple Press) which I was reading before and after. The rest is our histories, on the first weekend of November, 2005. The black and white shots were taken by Je.

We traveled back in time to the first state of our union. Our intent was to witness the 20th annual Punkin Chunkin Festival. 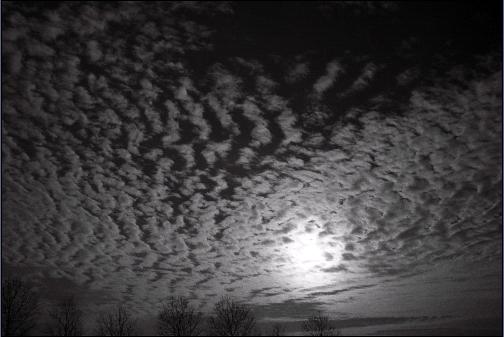 The primary objective of the Punkin Chunkin festival was to see who could build the contraption that could launch a pumpkin the furthest into a corn field. Why pumpkins? Why do we Americans ritualistically carve, smash, chunk or otherwise dismember them, but rarely eat them except maybe in pies? If you ask me, it's an acting out. Pumpkins epitomize new world food. We are but babies in high chairs born into this new world that play with our food and throw it on the floor. We have forsaken taking responsibility for the actions of our pilgrim parents.

"Remember: irony is the symbolic castration of reality. Why else all those hair salons springing up in strip malls." --Ibid 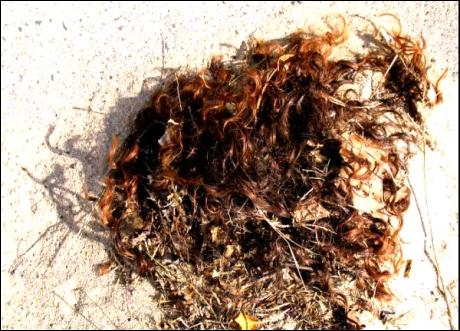 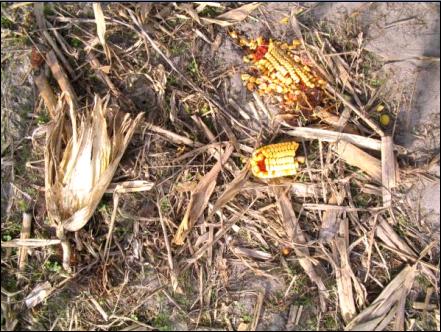 Ja's sister was to meet us at the Punkin Chunkin festival. This is a true story Ja told about his sister and her boyfriend as a way of introducing us to them before we actually met them:

Ja's sister worked for a non-descript governmental agency in another state that wasn't Delaware, but in my mind was like Delaware or Rhode Island or some other state I had never been to but sent checks to pay off credit card bills. Ja's sister educated people about wastewater management. She used props and plush mascots in her lectures to help elucidate the concepts. The plush mascot suit was fashioned after a storm drain. I had a hard time visualizing this, suffice to say I'm sure it was tall and skinny. Ja's sister's unemployed boyfriend decided to be the mascot storm drain since he was unemployed. Evidently those plush mascot costumes are hot and stifling, and it was a used mascot suit so it contained, embedded within its plush fibers, the stale sweat, pheromones and bodily secretions of all those that came before him. During Ja's sister's lecture, Ja's sister's unemployed boyfriend who was dressed as a plush storm drain started feeling woozie and swaying side to side.

This is a true story as told by Ja, so it doesn't have a punch line. The final image of the nauseous plush storm drain is the end of the story. And to think that this was all to educate people about proper protocol to follow in wastewater compliance and management. 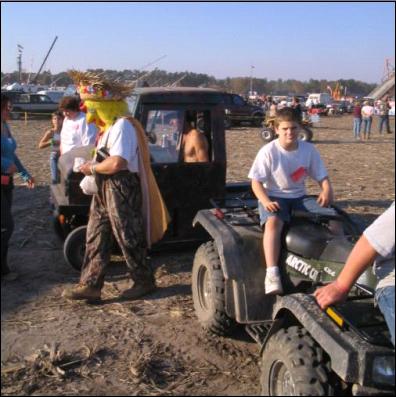 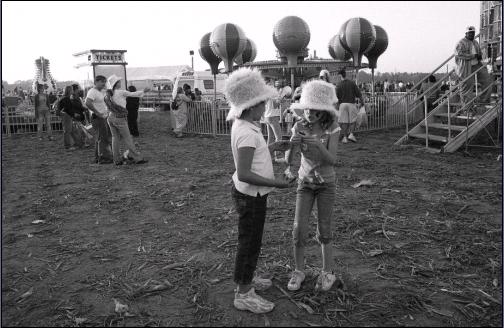 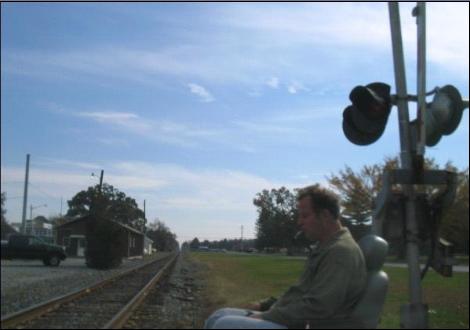 "There were some fleecy clouds, I think they call them in books." --Ibid 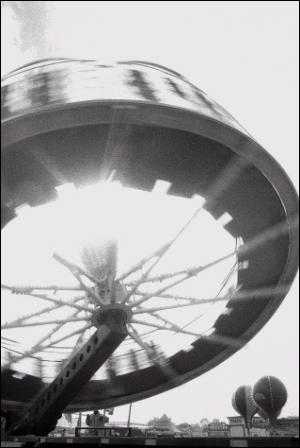 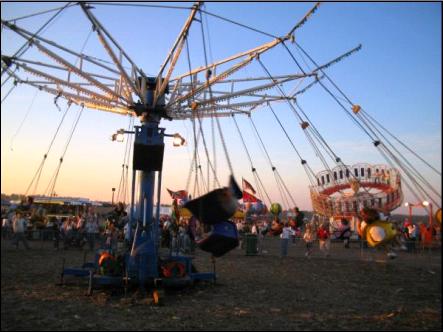 Okay, so basically this was a state fair. People were more interested in standing in long lines for greasy food than to stand and watch pumpkins being hurled through the sky. And judging by all the confederate flags and cover bands butchering Sweet Home Alabama you'd think we were in the deep south, but in fact we were north of the Mason-Dixon line. We were scared for humanity and we were of European descent like the people that were scaring us. And I had just recently shaved my head and had a sunburned neck, but still I could not pass for one of them. Even the Jersey plates on our rental car worked to our disadvantage.

We couldn't imagine how scary this would be to someone of African descent. Needless to say African Americans were scarce, as was anyone or any plant or animal species native to this continent. The pumpkins and tobacco were the sole survivors. It's hard to imagine what states like Delaware were like before those pillaging pilgrims of European descent came along and shot turkeys and Indians with their muskets and smoked their peace pipes after smashing the pumpkins that were offered to them. And now, here we were in November 2005. Just after Halloween and Day of the Dead. Before Thanksgiving. The more you try to understand this country, the more of a frightening enigma it becomes.

"The pines moved their lips where the land rose along a crest of shadow and woods. Birds filled the air for a few seconds, then were gone. Animals live in those woods, Mac said. Small animals fighting for their lives." --Ibid 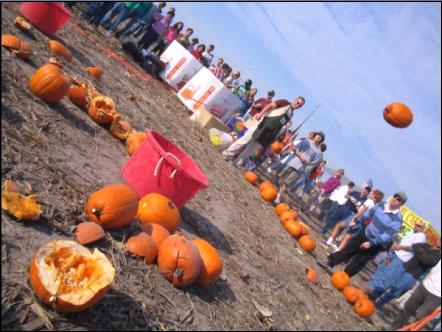 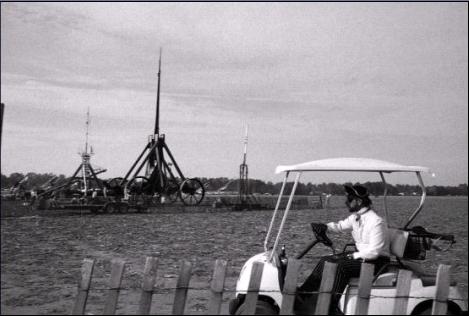 The distances the pumpkins were being launched were so great you couldn't see anything, let alone get any pictures. Not to mention that they didn't let you get that close. It was worse than watching a hockey game with a white puck from nosebleed seats. There were static cannons, catapults, slingshots, trebuchets, and other contraptions, but very few in action except the mechanical bull. For official pictures and videos of the actual chunking devices, go here. Everybody was so lazy they rode around in golf carts or ATVS with holsters of beer cans wrapped around their beer and potato chip guts.

"As a public utility the city accommodates all the people, the people with fruit stains on paper bags and the people with important documents awaiting signature, perusal, emendation. This is democracy in transit." --Ibid 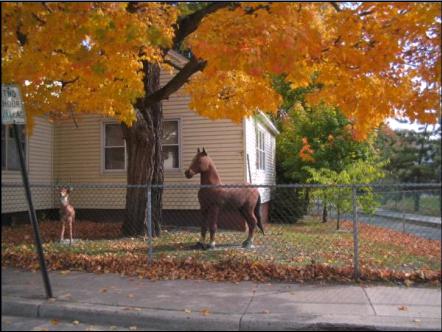 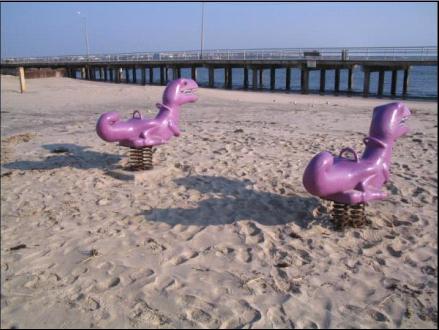 It was BYOB and we forgot to bring some. What were we thinking? Delaware was intolerable sober so we left. We missed the last ferry so we had to drive all the way around some dark bay and up around Philadelphia. I wasn't looking at a map so I had no idea where we were going. When we were near the water it smelled salty. It was refreshing to see stars. 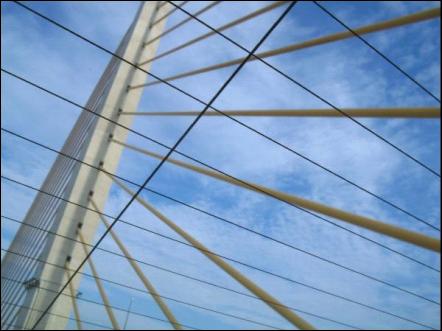 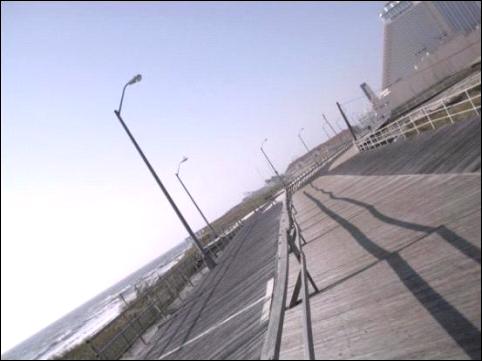 "A hotel room is a destination always unknown. You are not where you are are. Or who. It's like a playground slide:"

I posted a review of the janky hotel we stayed in on TripAdvisor as a warning to all. It's the review with the subject line "Utter Crap." Incidentally, I think some of the best reading material on the web can be found on TripAdvisor. 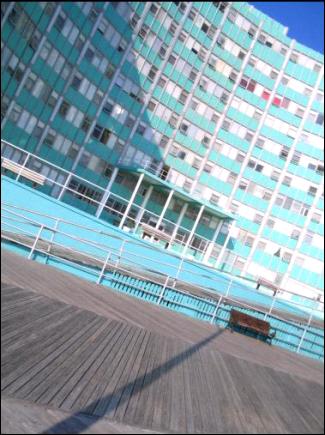 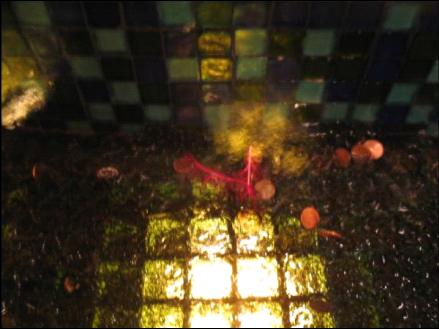 "What did we think we were doing? Frankly, we didn't know nor did we care. I got up before everyone else and went down to the ocean." 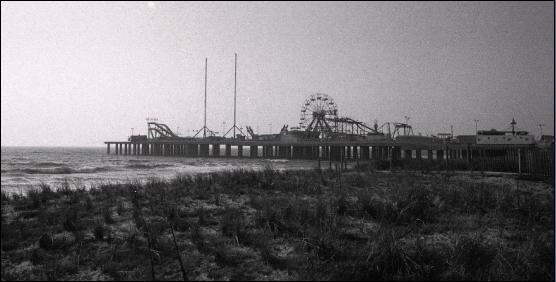 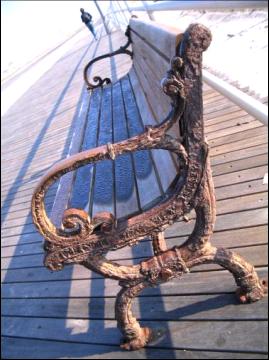 There's nothing much to say about Atlantic City. The most interesting things were the cats under the boardwalk. We all lost some money and then won some. In the end, we went home more or less empty-handed.

"'I really can't stand the picturesque. It's why I never travel.'" 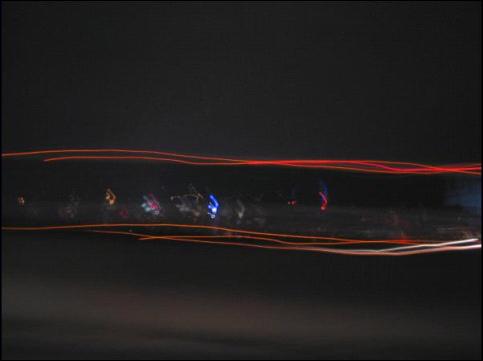 "There was no available light. It had been sold the previous day." --from Thomas Wooten's Tabloid City 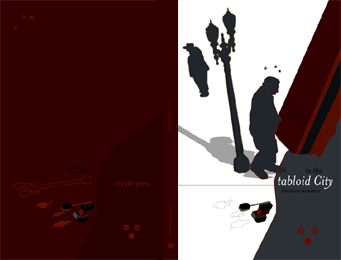